Trustpilot
Home > WhyBuyNews > Mobile DJ Guides > Things NOT to say to a Mobile DJ...and why I said them! (part 2)
WhyBuyNews 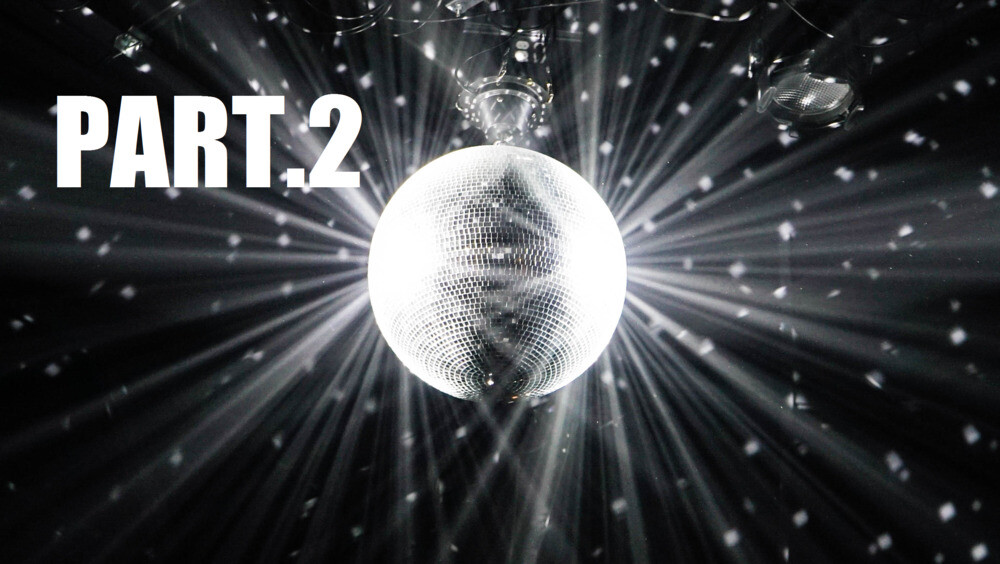 If you haven't read part one then DO IT NOW! (it's here)

In brief we’re at a 40th birthday party in a fairly typical hotel function room (small bar, hideous carpet, unnecessarily complex panel of lightswitches). All is well, guests are arriving thick and fast, the drink is flowing, early-evening small talk is in abundance and the DJ is playing something suitably ‘backgroundy’ (probably some 70’s soul or something).

It was then that the first red flags started to appear. I’d been in the room earlier in the day and, as is my way, had a sneaky look at the DJ’s setup as he had already loaded in. I wasn’t blown away but it seemed decent enough. Sound was well catered for with a pair of Bose columns and subs (not my first choice of active speakers but quality none-the-less). At the heart of the setup was a Pioneer media controller, incredibly not a model I recognised (I must be out of touch!) but, being Pioneer, quality was quite clearly high on their list of priorities. This was coupled with a 19” Denon mixer with a matching pair of CD drives (I assumed these were for backup and, knowing the importance of backups, this definitely scored a few brownie points from me).

I will pre-empt what I’m about to talk about with a disclaimer, I am a card carrying lighting geek, almost obsessively so. I also admit and accept that very few people (let alone guests at a 40th birthday party) will be as critical of a lighting setup as me. So, in the interests of fairness, I’ll provide an overview of the lighting on offer; There were a two mini moving heads, a few assorted LED effects, a cluster laser and something else (which was obviously memorable!). At WhyBuyNew we stock a huge range of lighting effects including some of the best lighting brands. Unfortunately, these all seemed to be cheap imported alternatives (and judging by the wiring on display, the chance of them being PAT tested was minimal!).

Quality of lighting effects aside, it was their use that really had alarm bells ringing...for a couple of reasons. Firstly, I noticed that all the lighting was exclusively sound-to-light. I will say at this point that this is no big deal. Sound-to-light can be perfectly acceptable and a lot of lighting effects have some really good in-built programmes. Pre-programmed lighting can also be really handy if you’re working on your own and want to keep your hands free to control the music (see my OLD posts about lighting control). However, when I saw that the two moving heads had DMX but weren’t sync’d I got the feeling that little to no thought had been put into the lighting. All it would have taken is a single DMX cable to get some element of symmetry going and instantly give a more professional appearance (for what it’s worth a DMX cable can be had for as little as £2.99 at WhyBuyNew).

For those who are, possibly correctly, already accusing me of being overly fussy about lighting…I haven’t quite finished. What happened next switched on the first big warning light in my mind (no pun intended). It was about 8pm so very early doors and the DJ proceeded to switch on every…single…one of their lighting fixtures. The house lights were still on at this point, there was still sun beaming into the room, people were still arriving and small talk was still being made. What was worse is that the music, both in terms of content and level, could only be described as ‘background’ at this point. Said background music was now being accompanied by a completely uncontrolled mess of coloured dots from the LED fixtures, thousands of red spots from the cluster laser all to the backdrop of two uncontrolled (and fantastically underwhelming) Chinese mini moving heads.

As I mentioned above, I’m a big stickler for lighting control and I understand that not everybody (in fact very few people) cares as much about ‘professional’ lighting as I do BUT (and it’s a massive BUT) this ‘all on’ approach is, in my opinion, highly problematic;

Ask anyone about the most important job of a mobile DJ and the answer is likely to be, almost universally, music selection. Now, despite my previous admissions about being a lighting geek (and my reservations about this particular DJ’s lighting strategy), I am no exception in this belief. However, consciously, or often subconsciously, lighting can be used to build a mood, provoke reaction from the crowd and complement music genres. By simply ‘switching the lights on’ at the start of the night you lose some vital tools in your arsenal.

Without getting boring, let’s look at how things can be done better. Early doors, wash lights and ambient effects accompany background music nicely, making guests aware of the DJ but not imposing on the ‘meet and greet’ part of the evening. A few basic LED Lighting Effects are great for ‘starting the party’, letting guests know that the dancefloor is open without going ‘all in’.

If budget allows (and it will do if you buy your lighting effects from whybuynew) then it’s time to bring the big guns in. Moving heads, particularly when properly controlled, can be used in a wide variety of ways (maybe I’ll do an article on this in the future). Their addition can be used to emphasise the ‘gearing up’ of the party and then used accordingly in-line with the music being played. Lasers, strobes (venue allowing) and atmospherics (DEFINITELY venue-allowing) can then be used to bring the show to a crescendo. This being said, whatever your setup and whatever your budget, always allow room to build your light show throughout the event.

BUT, like I said, to many people the attitude remains “he’s got some flashing lights so he must be a professional” and they wait for the music to do the talking. It was on this basis that I allowed the DJ ‘the benefit of the doubt’ hoping that he could still rescue his performance with careful track selection.

Well...This is where the cracks in my façade of politeness began to show.

The first couple of hours were predominantly easy-going background stuff, the stuff that people know and can casually hum along to. People were still arriving, there was conversation flowing and all was good in the world. But then 9pm came, then 10 (it is worth noting at this point that the event was due to finish at midnight) and, the only real sign that there was a disco present was the chaotic, whilst simultaneously underwhelming, array of flashing lights at the front of the room.

It’s at the point I clocked that I hadn’t ONCE heard the DJ use his microphone (did he even have one!?). I’ve spoken before about microphone use and how over-use can be terribly grating for clients, HOWEVER, with no interaction at all with the crowd (and I say this very quietly indeed) an iPod might seem like a cheaper option. For reference, many moons ago, I wrote an article for WhyBuyNew about the importance of the microphone.

So, 10:30 came and went and my diplomacy dyke had finally cracked. I, politely at this stage despite a few pints of Stella swishing about in my stomach, went to speak to the DJ and made some suggestions as to what might get some more people on the dancefloor. I knew that my wife’s family liked a bit of Ska so I suggested something of this ilk to get people moving. After a second request we FINALLY got a bit of Madness…Hurrah! Power to the people! (something to do with the Renegade Master). This was closely followed by some more Madness, Some variation might not have gone amiss but, hey, it was ‘Nightboat to Cairo’ and I think we can all agree that’s a classic. Finally, we had dancers, we had good music and, dare I say it…We had an atmosphere. And then, just when things were on the up…

…Rhianna!... F**king Rhianna! The dancefloor emptied, people looked bemused and we were back to square one [sighs].

Multiple more tries to get the party started (albeit through the DJ, even under such strenuous circumstances I hadn’t resorted to saying ‘give me a go, I’ll do better’) fell on deaf ears. I tried everything, the UK Garage, some Northern Soul…I even suggested that ‘Summer of 69’, ‘Living on a Prayer’, ‘Chelsea Dagger’ and ‘Mr Brightside’ might not be a bad idea (OK, I might not have named the tracks like that but eluded to it).

Midnight rolled around, the DJ played on for a bit before finishing on ‘New York New York’ (See? There WAS a clichéd mobile DJ in there somewhere, where was he earlier when I would have sold my soul for a bit of Agadoo*).

*OK, I’ve taken it too far but I’m making a point here!

So what’s the point of this story? Asides from some counselling for me, it’s an admission that, whilst the customer certainly isn’t ALWAYS right, sometimes they are. It’s also a lesson in ensuring you have the right equipment (including a microphone!) and that lighting shouldn’t be an afterthought.

Fear not though, if you’re now worried that your mobile rig isn’t up to scratch (or you may have just made a mental note to never invite me to your events!) then whybuynew.co.uk have got your covered. We stock everything you need for your mobile disco including speakers, lighting, stands and accessories (oh…and microphones!). We have the best prices in the UK on new and used DJ equipment and offer fast and free delivery.

Don’t see what you need? Don’t hesitate to get in touch with whybuynew today and we will be more than happy to help. 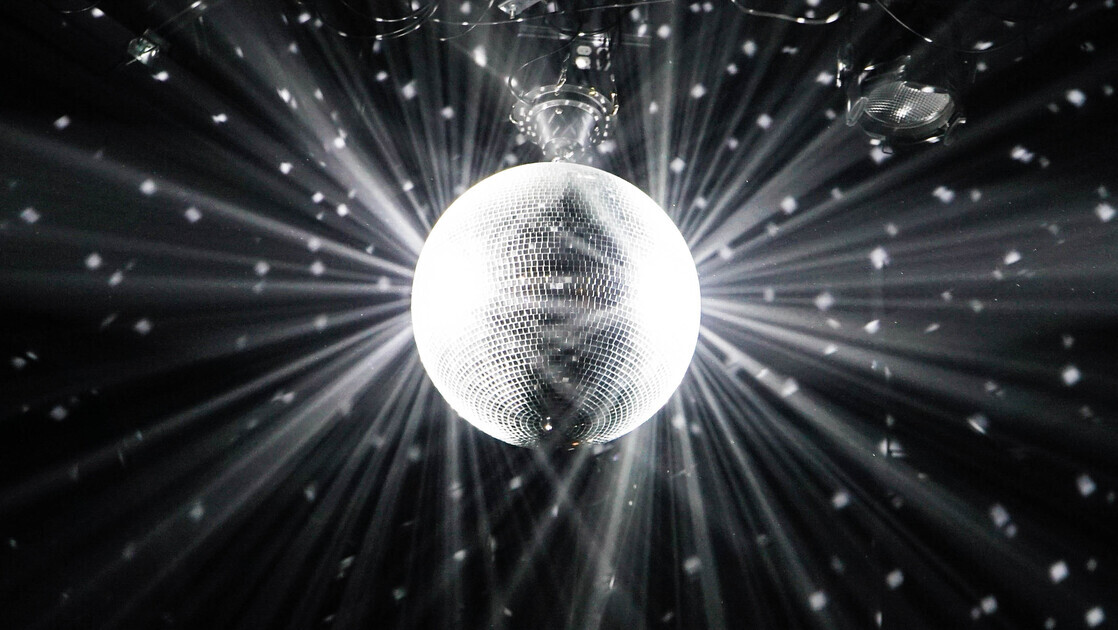