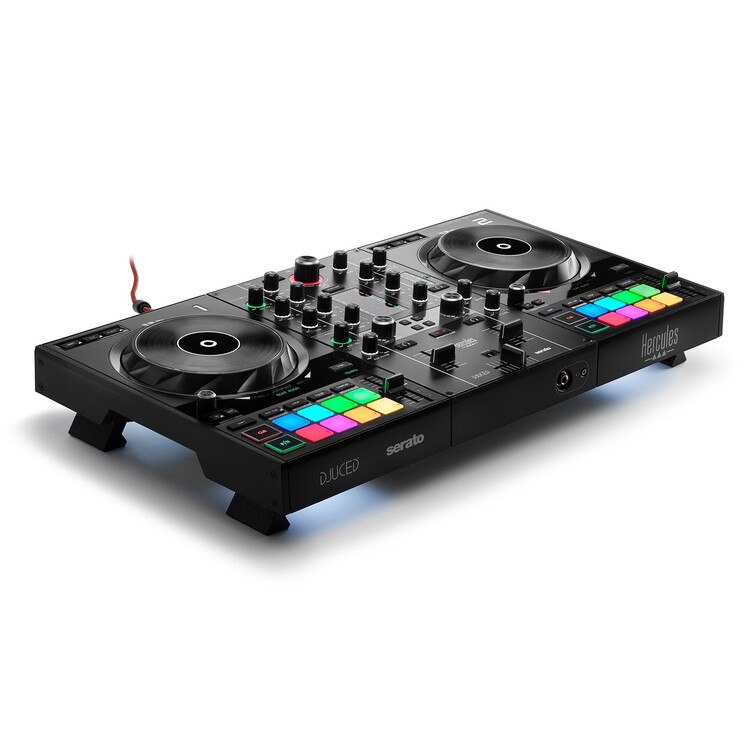 Over at the GetintheMix YouTube channel we recently made a video discussing the best ‘money-no-object’ DJ controller and it was no surprise that offerings from mainstay, high-end DJ brands such as Pioneer DJ and Denon were popular choices on this aspirational list. With over 40,000 views to date this proved a popular talking point with our loyal audience of DJs. However, the popularity of this video was dwarfed by one made just a couple of months previous where with discussed the best DJ Controller Under £300…
…and this makes sense. 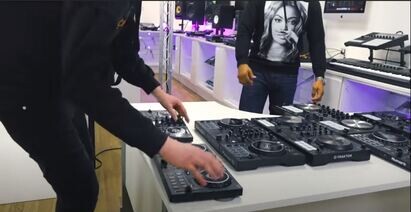 Entry-level controllers are incredibly important to the industry, serving as an introduction to either the hobby or profession of DJ’ing and as a stepping stone to more elaborate (and expensive) rigs in the future. Whilst manufacturers are continually adding more and more features to their flagship models, finding a balance between usability and value can be far more difficult to get right. Ideally an entry-level DJ Controller should have all the important features an aspiring DJ needs whilst remaining simple to use, engaging and, above all, affordable.

There are some long-standing players in this sector including Hercules DJ who have arguably offered the largest number of affordable controllers over the last decade and Numark, whose Mixtrack series have been a mainstay for hobby DJ’s and aspiring professionals alike. Not wanted to be left behind in this thriving market, however, even brands like Pioneer have created affordable alternatives to their ‘big boy’ counterparts.

In our pursuit of the definitive Top 5 we looked at 12 digital DJ controllers, each of which cost less than £300 (and, quick plug alert, you’ll get the best price on ALL of them at whybuynew…plug over). The most impressive thing is the sheer array of choices there are at this price point and from some of the biggest, most established and reputable names in the DJ industry. So, here’s a complete list of the controllers that James and Rodney from GetintheMix considered when deciding on their definitive ‘Top 5’ Digital DJ Controllers Under £300:

Pioneer DDJ-SB3 (right) – Serato. This has been out for a few years now but remains a consistently popular choice

Roland DJ-202 – Serato. Roland are relatively new to the DJ Controller game but this offering doesn’t disappoint.
Pioneer DDJ-200 – Rekordbox. The DDJ-200 is also designed to work with WeDJ so that it works with your phone
Numark Party Mix (right) - Serato Lite

James and Rodney both picked their top 5 before they could agree on an overall winner:

In fifth place James chose the DDJ-200 from Pioneer because of its ease-of-use, intuitive interface and its straight-forward compatibility with phones and tablets. It is also very affordable and was described in the review as being a ‘baby step’ towards the Pioneer Eco System. Meanwhile, Rodney afforded the fifth spot to the Numark Party Mix citing the inclusion of audio out (rather than the Pioneer’s USB only) and the ability to do spinbacks as the reason for its inclusion. The built-in lighting effects were also noted but probably more of a gimmick than an actual reason to choose this controller over its rivals.

James gave fourth place to the Pioneer DDJ-400 (whilst being sure to remind us that he ISN’T sponsored by Pioneer DJ). As with his fifth place selection, the DDJ-200 this is a step onto the Pioneer ladder and is a good all-round choice. In fact, Rodney admitted that this was probably a better selection than the Native Instruments Kontrol Z1 which he had chosen for the 4th spot. This was always destined to be a controversial choice as it isn’t, organically, a ‘complete’ DJ controller.

Third place was unanimously given to the Native Instruments Kontrol S2 Mk3. This is the latest incarnation of the best-selling Traktor controller. It earned its place in the top 3 thanks to its well-built German design which gives it a much more expensive feel than other controllers on this list. The S2 Mk3 treads the line between an entry-level controller and a professional model. Additionally it works well with iPad and is compatible with the Traktor range of software.

Rodney picked the Reloop Beatmix4 Mk2 for his second place spot. He liked the size of the jog wheels (although James thought they were ‘a bit flat’. Critically, this is the only controller in this list that offers true 4-deck mixing at an entry-level price point. Whilst the controller let itself down slightly in terms of overall build-quality, it’s sheer array of features and the value it offers redeemed it and earned it a respectable second place on Rodney’s list.

The second best budget DJ controller, at least in the eyes of James, was the Hercules Inpulse 500. Praised for the quality of its platters (although not ideal for spinbacks…seemingly a bit of an obsession with these GetintheMix boys!). The Inpulse 500 was described as having ‘an amazing feel’ and being ideal for house, techno and minimal. Compatible with Serato and DJuced software, the Inpulse also comes packaged with a high-quality braided tweed cable.

The Hercules Inpulse 500 also proved a hit with Rodney who awarded it his No.1 spot at the BEST DJ controller for under £300. The key selling points noted were the sheer array of inputs and outputs on offer at this price point. This makes the controller a more versatile DJ tool.

James awarded his No.1 spot to the Numark Mixtrack Platinum. The Mixtrack series have dominated the entry-level DJ controller sector and the Platinum is the latest incarnation in this best-selling series. James preferred the Jog Wheels (more of a spinback apparently), the full-size pitch faders, the displays in jog wheels (less looking at your laptop and more at the gear you are using and the crowd you are playing for) built-in effects as well as control over Serato effects. At £245 the Mixtrack Platinum offers quality and features at an accessible price point.

Eventually, after much debate, the pair finally managed to agree on a top 5 (...almost). 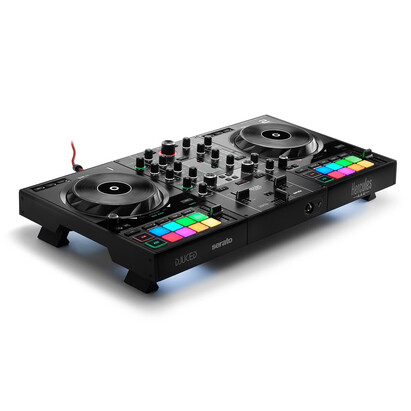 If you need any more help or advice about any of the controllers featured in this review then get in touch today and we will be happy to help. As always, you will always find the best prices and service at Whybuynew.

The Numark Mixtrack Pro 3. All in one DJ Controller Solution...

Numark Mixtrack Pro 2 Vs Pioneer DDJ-SB : Which Shall I Buy?

Out of this world! Another innovation from Numark